In July 2022, Krishen Khanna turned 97. A member of the pathbreaking Progressive Artist Group, a collective that aimed to give a new meaning and direction to Indian Art. Khanna was inducted into the avant-garde movement by his friends and fellow modernist ideologues- F.N.Souza, M.F.Husain, Tyeb Mehta, H.A.Gade and K.H.Ara. He is indeed an artist along with the others of the group who translated contemporary historical happenings as these touched the common man’s life. And Krishen Khanna has done that with a keen sense of the political implications involved therein. Born in 1925 in Lyallpur, now Faisalabad in Pakistan, Khanna’s life is marked by all the turns and twists of the Indian sub-continent, as it was historically played out, during the gathering of the Indian Nationalist Movement. Krishen Khanna saw it all-the freedom struggle of the colonized Indians and also through the tragic tumultuous partition of a nation split into two. Going to the time of undivided India, Krishen Khanna had attended the evening classes at the Mayo School of Art in Lahore, now National College of Art. Here was the happening art scene, which was getting increasingly knotted with the growing political nationalist uprising. Lahore was also the city where Bhabesh Sanyal and Amrita Sher-Gil among others had lived and worked. Khanna later graduated from the Imperial Service College in Windsor, England in 1940. After arriving in India he took up a post with Grindlays Bank and was placed in Bombay. It was here in Bombay where Khanna encountered the artists of the group. Narrating his days in Bombay and his association with the PAG, Krishen Khanna has numerous memories.

His most fond memories are those that concern Husain. He recalls how Husain and his family spent their early years in Bombay in a small enclave called Badar Bagh. It was a single room in which they lived and Husain made just enough space to work, allowing him to paint only small canvases. However, his output soon grew the space he had and his canvases were to grow larger and larger. Many of these were brought by Husain to Krishen Khanna’s house for storage. As was the practice amongst the PAG artists, they bought each other’s work as well. Krishen, after joining the group, enjoyed their circle, who were encouraged by the members, especially Husain to buy Khanna’s work. 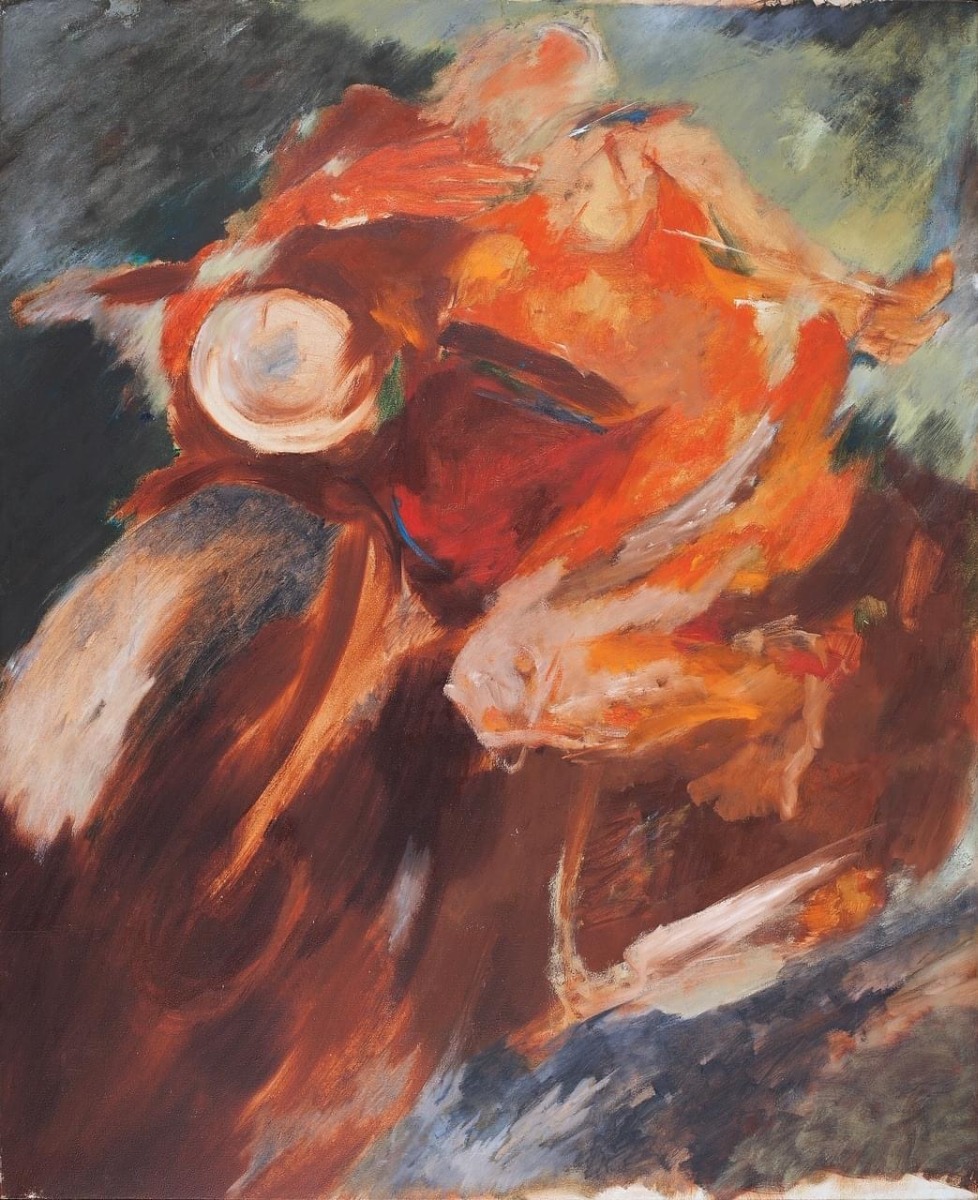 The humour, with which Khanna recalls his bank job of thirteen and a half years, is indeed extraordinarily his very own brand: “ I didn’t play golf, or go yatching” so by the time he quit it, to paint full time, he was too set in his austere ways to affect any change. He further elaborates it and connects it with Husain, “ he made me a member of the Group and in exchange I opened his first bank account,” and finally “through a series of happy coincidences, I got a show at London’s prestigious Leicester Gallery.” 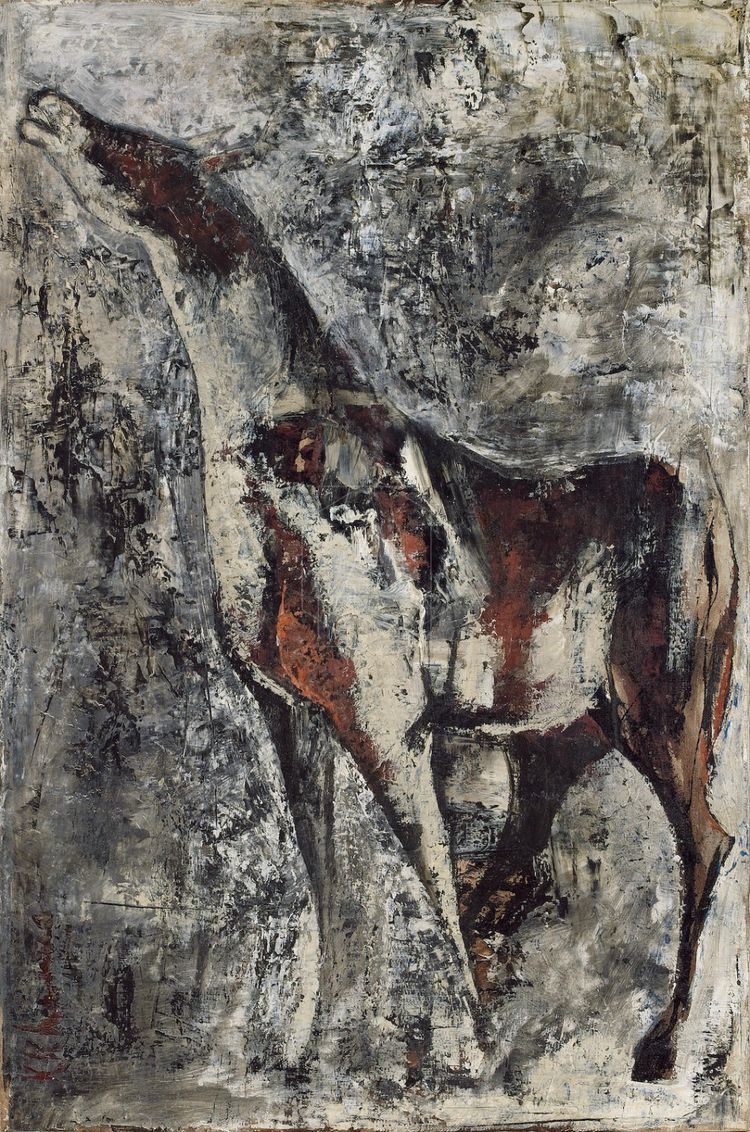 An early horse by Krishen Khanna.

His works from this period were deeply embedded with the images of the tumultuous historical events that touched his early life and their related poignancy. While he formulated a representational language that captured with force a certain vitality of historic narrative while retaining immediacy, this has become his trademark. Krishen Khanna is that kind of an artist, who may appear to be demolishing the neatly held values of line, form and colour and by a much deliberate act constructing a new order of sustaining values, thoughts, sensibilities that are both progressive and modern. Khanna evokes his chosen protagonists in a few judicious strokes: they carry their histories in the wrinkles of their faces, the folds of their robes. Khanna remains occupied and committed with the relationship of labour to oppression on the one hand, and to grace on the other. His paintings and drawings emerge as nuanced narratives in which the artist plays out his formal concerns, as well as the shifting and unfolding theatre of human relationships. A newcomer’s guide to collecting art.