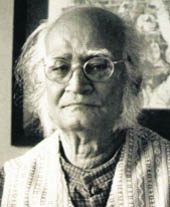 Born October 18, 1918,A painter, illustrator, tutor and writer, Paritosh Sen has been a part of the world of Indian art, for close to four decades now. Sen's more recognizable works are his caricatures, which reflect strong underlying socio-political shades, and his female nude drawings. His style of representation is influenced by his exposure to Western Modern art, and has traces of cubism. He uses two dimensional, structured planes but still creates an illusion of voluptuousness.

His drawings and paintings are noted for their strong lines and bold, stylised strokes. Although colour is an important aspect of his paintings, it is the human figure, expressing a myriad of emotions, that dominates his art. A recurrent subject in Sen's works is his depiction of scenes from everyday urban life. These activities are rendered from a cynical and detached perspective, which is typically Sen's viewpoint.

Paritosh Sen has a Diploma in Fine Arts from the Government College of Arts and Crafts, Chennai. In 1942, he moved to Calcutta, where he and a group of friends formed the Calcutta Group, an association of artists that sought to incorporate contemporary values in Indian art. In 1949, he left for Paris to study further, attending, among other institutes, the Ecole des Beaux Arts. He received a Fellowship for 1970-'71 from the John D. Rockefeller III Fund. A prolific writer, Sen has published many works in both Bengali and in English, including a series of autobiographical vignettes titled 'Jindabahar Lane'. His works have been exhibited in India and internationally, in Paris, London, Germany, Tokyo and in the US. 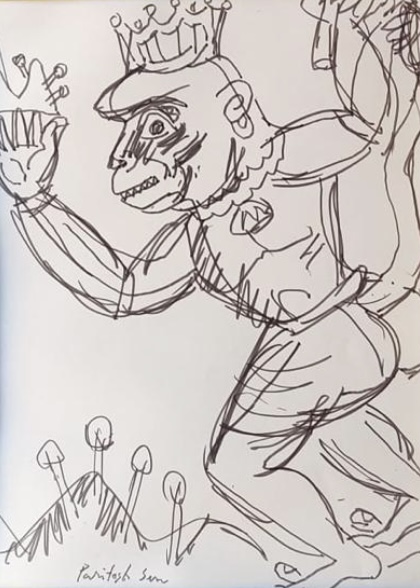 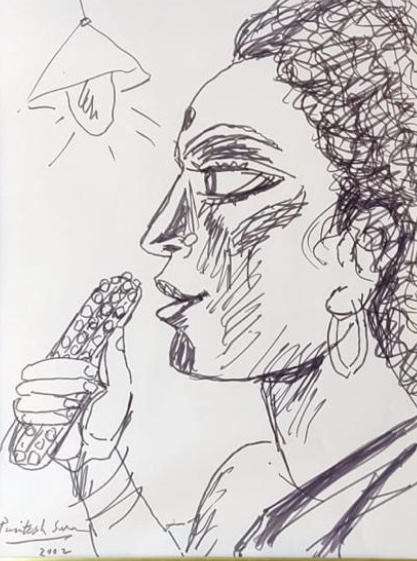 Portrait Of The Artist's Wife. 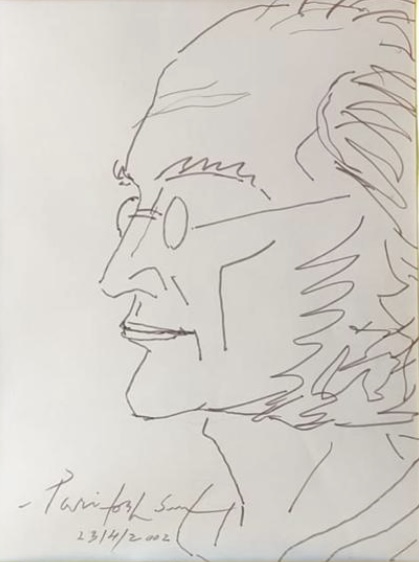 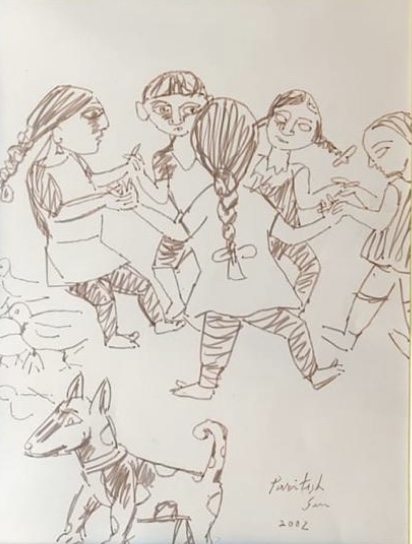 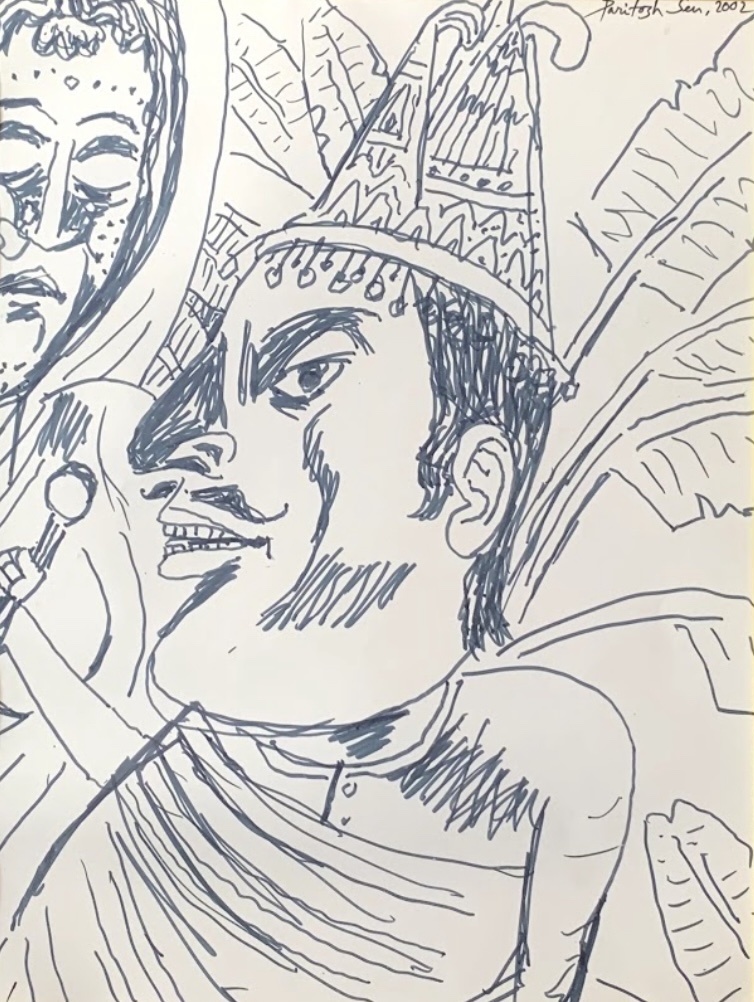