A child prodigy,Sunil Das(1939-2015) studied at the Govt.College of Art & Craft where he was directly enrolled into the third year. This was followed by his years in Paris where he studied at École Nationale des Beaux Arts, Atelier Julian & graphic art under S.W.Hayter & Krishna Reddy at Atelier 17. It was a series of drawings of horses in their powerful execution & lively vigour that brought him instant glory. He was the only painter in India’s history to receive the National Award while still an undergraduate. He received the National Award again in 1978 & the Shiromani Puraskar in 1991. The Govt.of India conferred upon him the Padma Shri in 2014. His works have regularly been auctioned at Sotheby’s, Saffronart & Bonhams.

Das held around 92 solo exhibitions across the world. 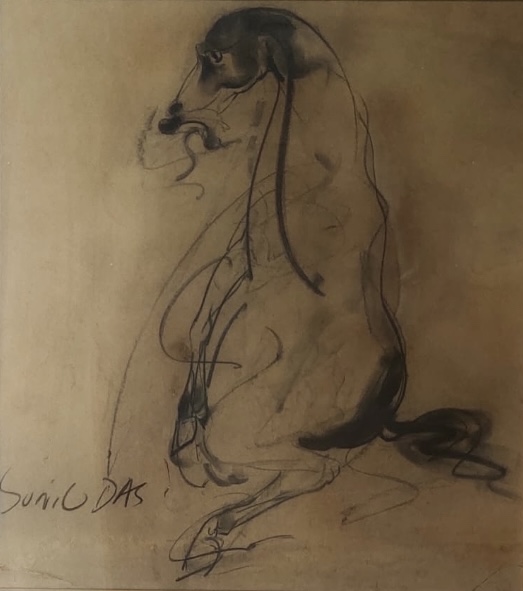