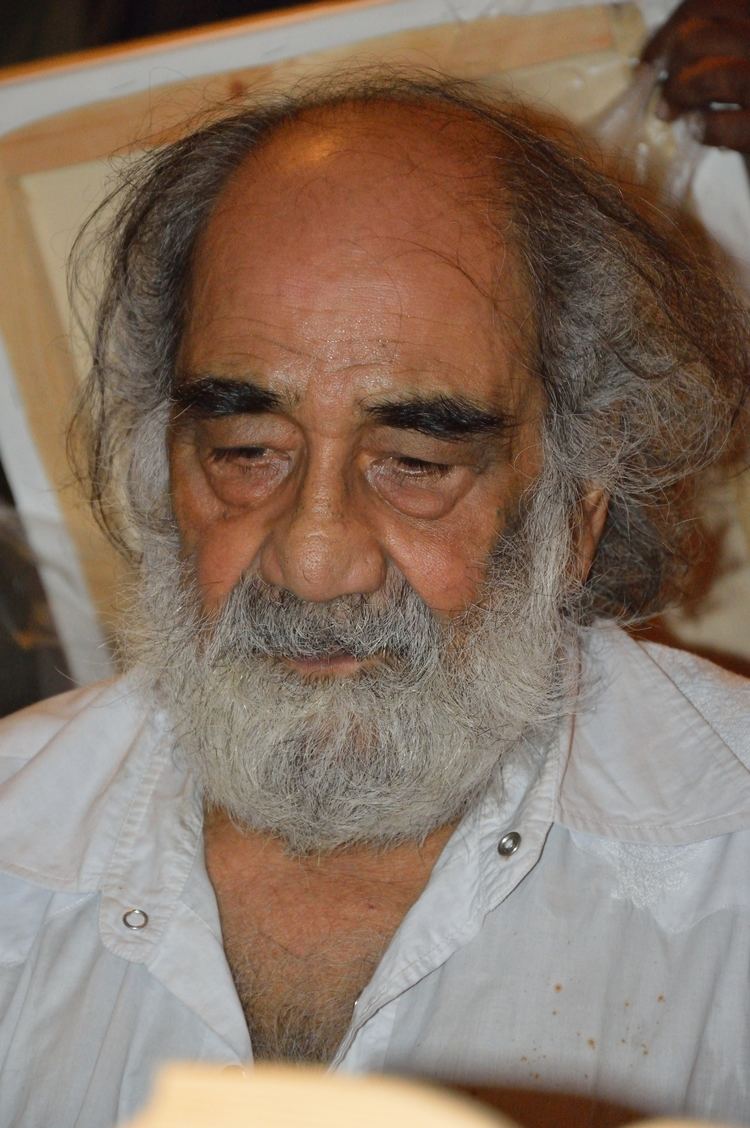 Prokash Karmakar(1933-2014) is a highly original blend of Indian sensibilities & western technique. Educated at the Govt. College of Art & Craft,Kolkata followed by a French Government Scholarship, enabling him to study in Paris. He was the Founder member of ‘The Calcutta Painters’ & ‘The Society of Contemporary Artists’. He represented India at the Sao Paulo Biennale in 1971 & received The National Award from the President of India in 1966 & 1968 along with other prestegious awards like-Abanindra Puraskar by the Govt.of West Bengal. A born draughtsman, he drew as much as he painted. They speak of his sophisticated sensibility as well as his concern for the simple man. His oeuvre consisted mostly of lush landscapes & nudes executed with great precision. 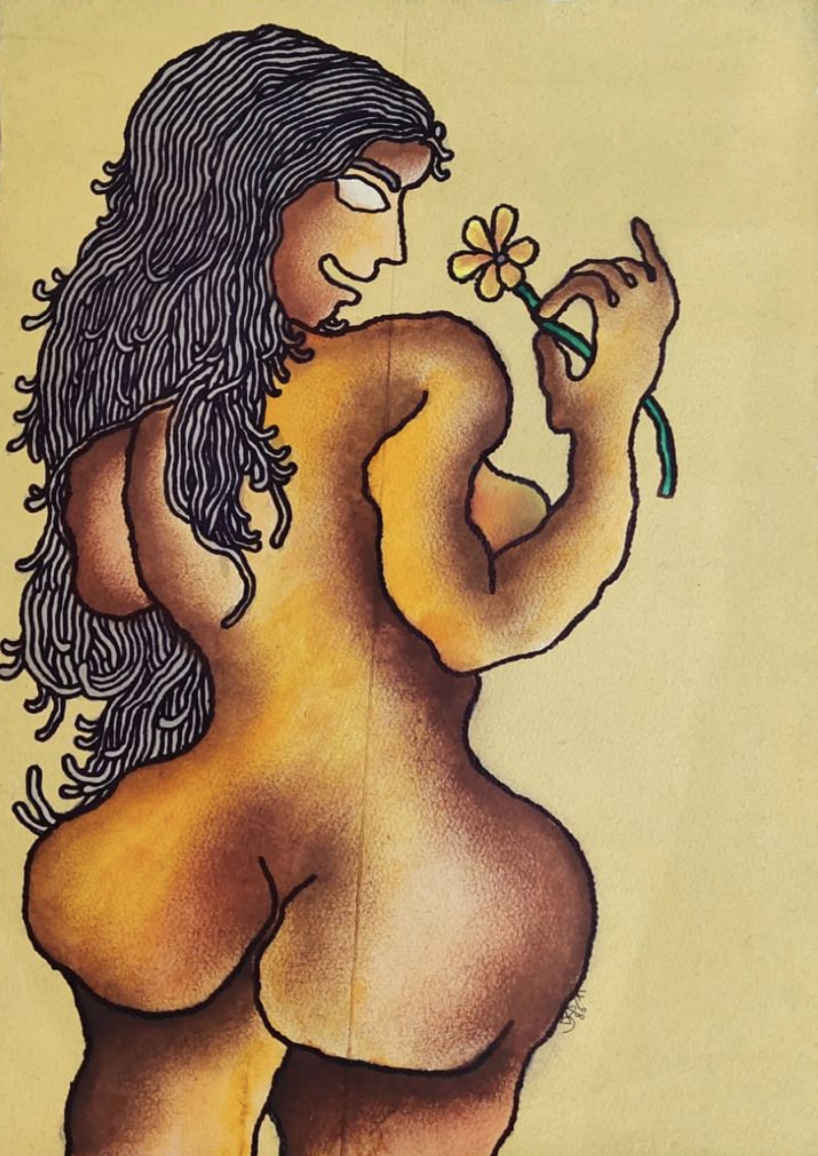 Nude with a Flower 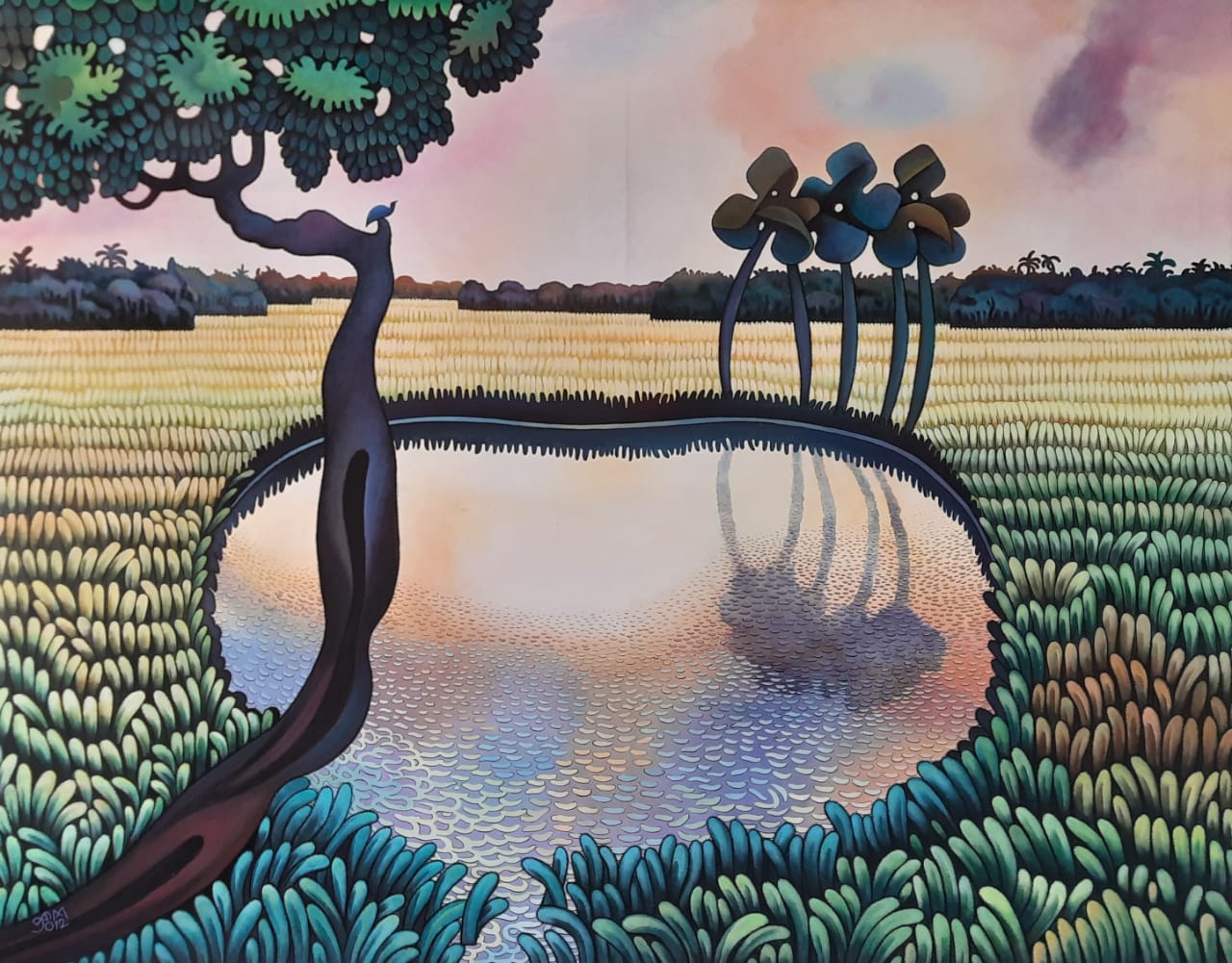 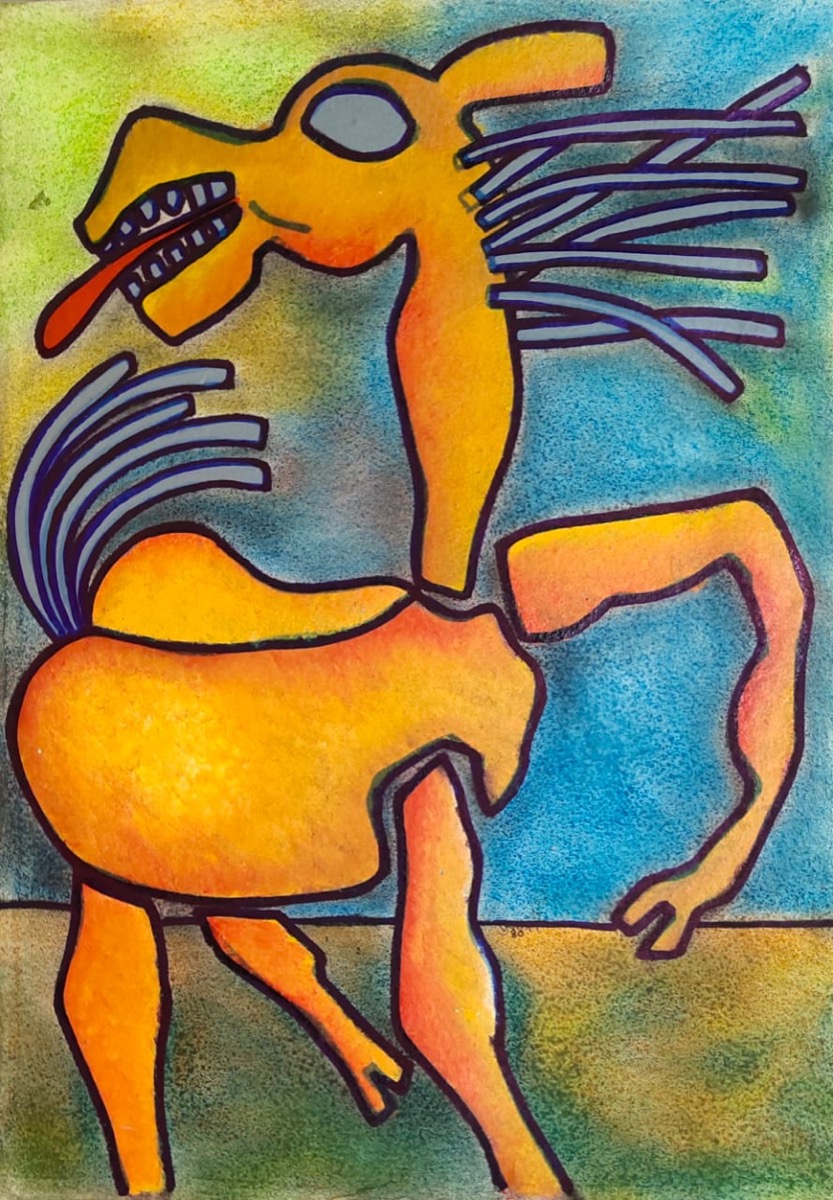 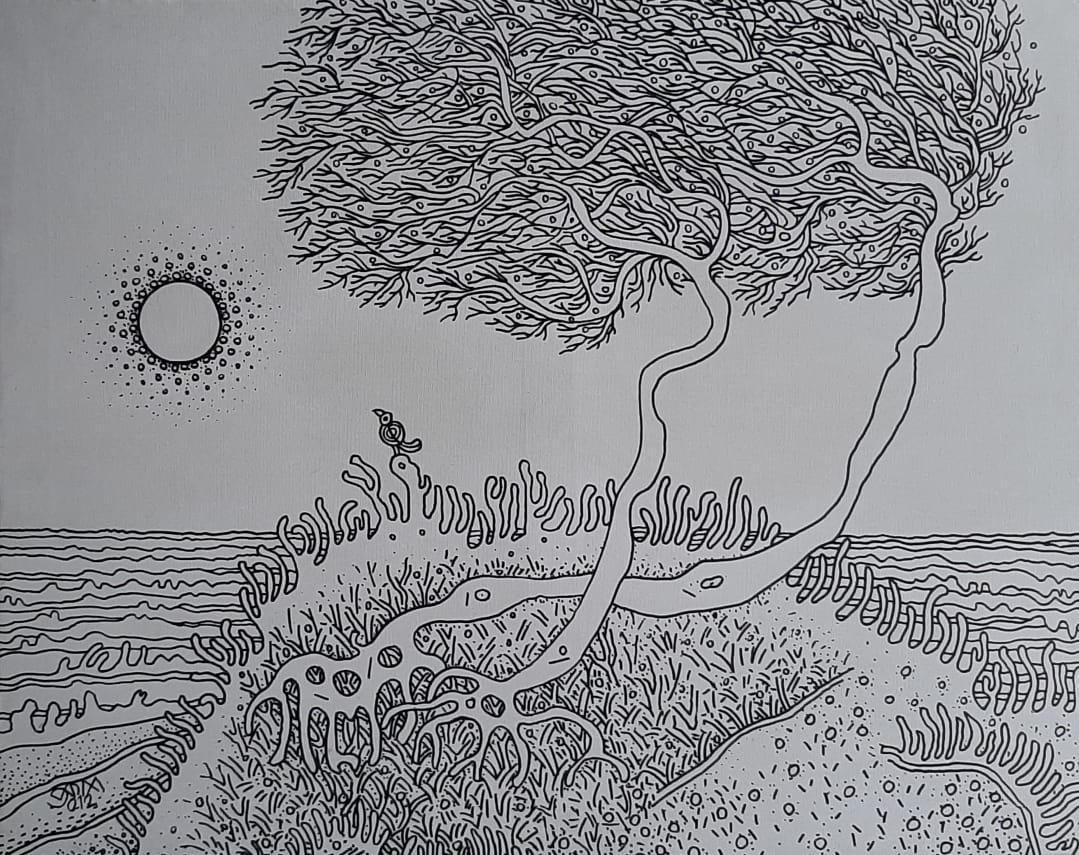 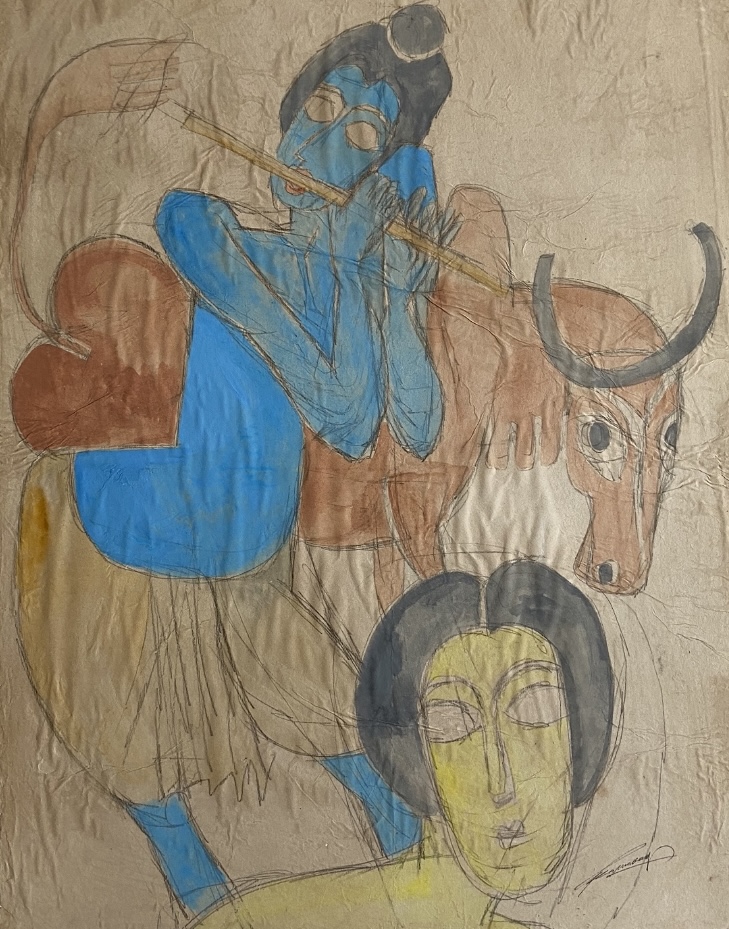 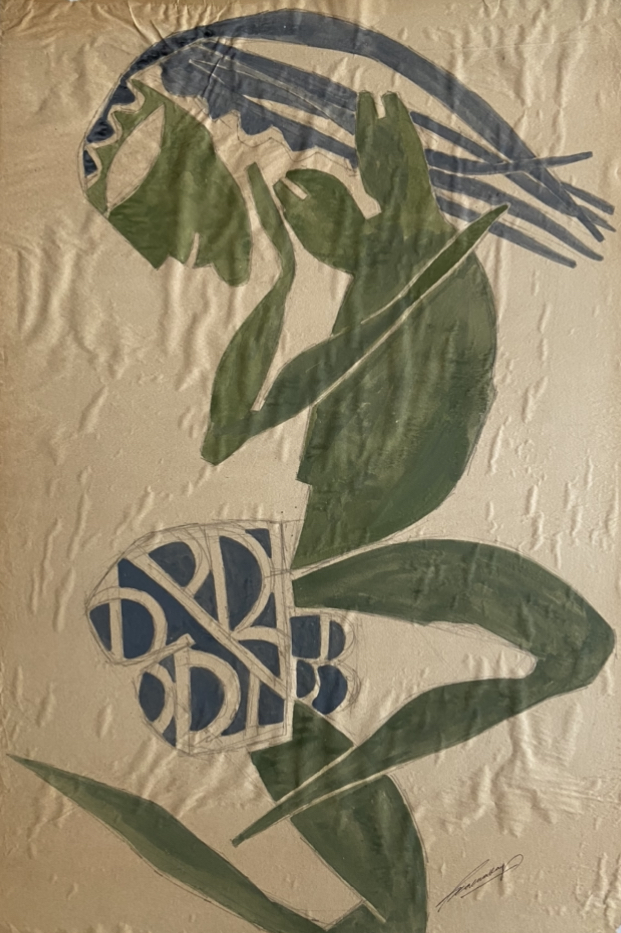